Review for Modd.G!
Recently I was dropped some goodies from Moddishh GossipGirl, creator behind Modd.G. I was dropped Modd.G Rudolph, Modd.G Mistletoe Poses and Modd.G Merry Christmas Tree.
The Modd.G Rudolph included a prop Rudolph with a cute little scarf on, a scarf to wear, and a little Rudolph to wear in your hair. The prop is cute, it'd be good for as a decoration piece. The scarf matches the scarf on the prop, which I thought was clever and could see wearing this beyond the holidays. The little Rudolph is adorable, it's like having a little buddy on your hair. ^.^
The Modd.G Mistletoe Poses come with five poses and five props (the mistletoe), where you can mix and match some, as I did with some. They'd be adorable for an SL greeting card, or something cutsey like that.
The Modd.G Merry Christmas Tree include three different small trees, one that's white, while the other two are the more traditional tree, between the two traditional trees, one has little red lights, while the other is plain. They'd be cute in a home, if you rather have a smaller tree, that doesn't take up a whole lot of space.
Be sure to check out Modd.G, there's not only prop items, but a lot of clothes, and much more! <3> http://slurl.com/secondlife/Existence/208/65/21 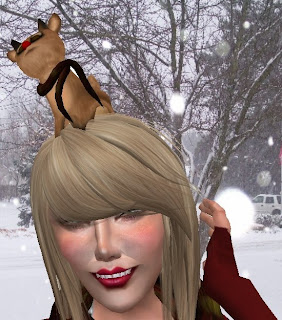 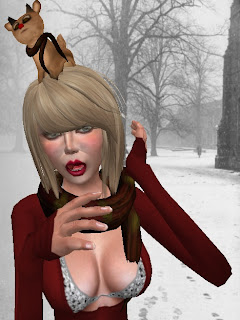 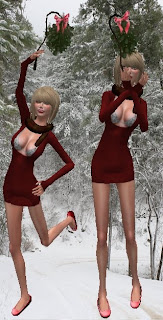 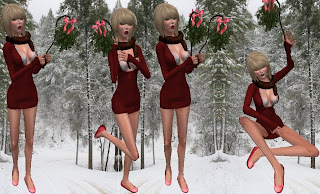 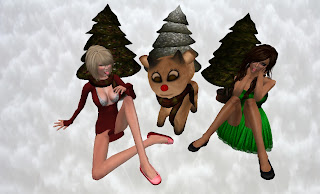 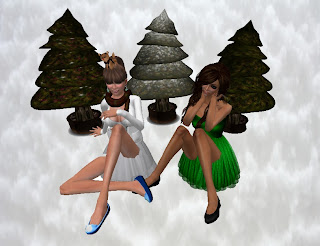