Review of StoRin!
Annah Whitfield of StoRin dropped me a few items from her store - Alice Umbrella and P15 Umbrella Poses. Life's been pretty hectic lately, or else I would of blogged this a while ago, sorry! Anywho, it's been raining here nonstop, from like January to now, and future rain is to come, so the rain is really all around me, in real life and in SL.
The umbrella comes in two version, opened and closed, and there's 9 styles/patterns, I stuck with two patterns, as you can see below. The umbrella stick also changes color. Then there's a set of poses just for the umbrella's use, six with the opened umbrella, and four with the closed umbrella, as shown below. The umbrella and poses are sold separately.
I love props with poses. And it was nice that I didn't need to modify anything, the umbrella fit perfectly into my avie's hand. And I really liked the options of patterns for the umbrella, they were all very different, and I could definitely see pairing the umbrella with an outfit.
There's also a sale going on at StoRin, (I think it's still going on, I'm like 90% sure it still is), so check it out! Taxi to StoRin! 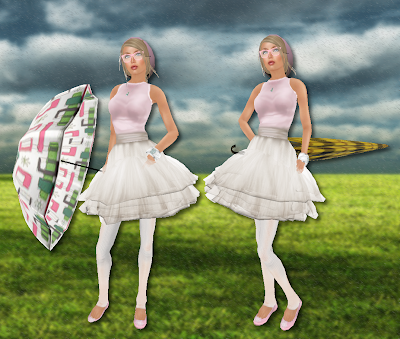 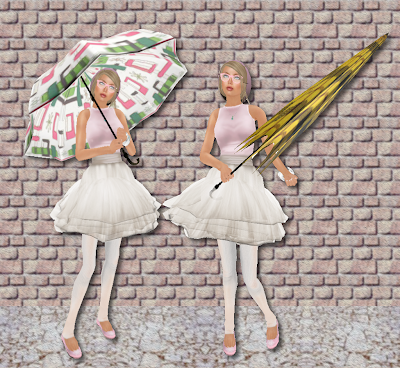 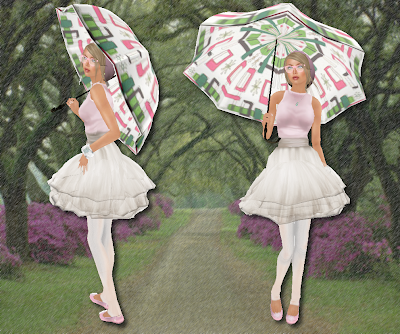 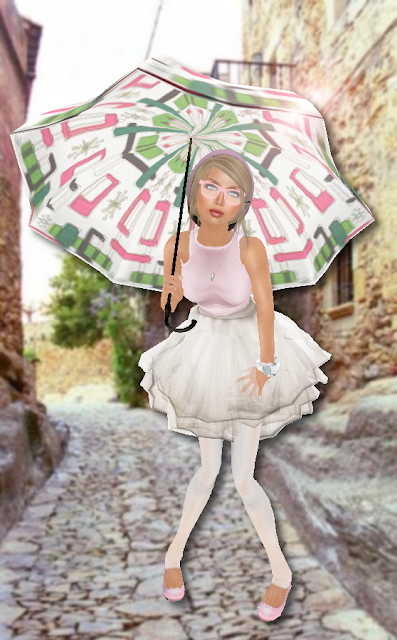 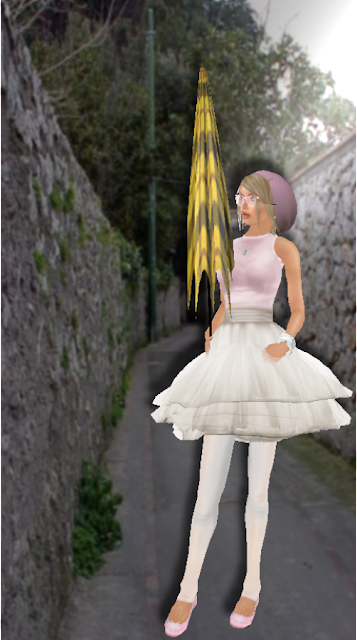 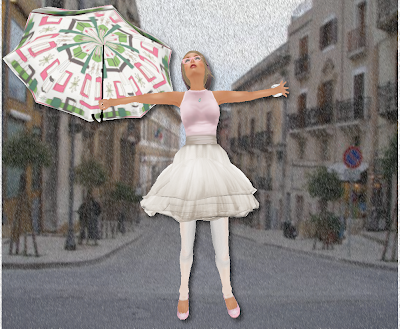 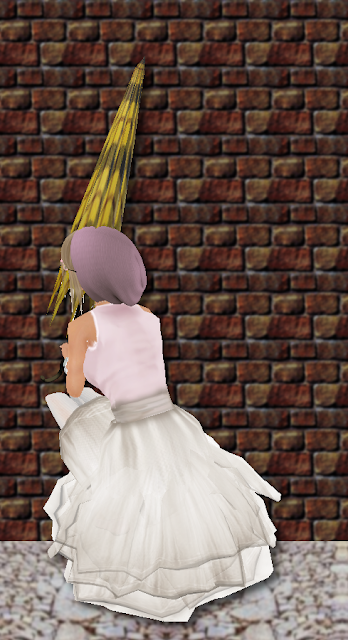