The outfit for today is composed of my favorites.
The skin from Bunny B has to be one of my favorite skins, I think it's the mouth and nose. I love the pout, and the nose is just so cute. And the skin tone, is right on cue for what I like.
I tend to lean towards simple shirts, sometimes really plain ones. Don't get me wrong, I also like prints, patterns and such, but I just tend to lean towards the plain ones. And more recently guy's clothes has been more appealing then some of the woman's pieces I've seen; Arai especially. Which is generally known for affordable menswear, most of their clothes can be seen as unisex pieces, because quite a few girls rock them as well. To top it off, the skirt is really feminie but I like that aspect about it. It offsets the simplicity of the rest of the outfit. And then some eccentric flats, I'm terrible when it comes to shoes, I'll want something that's impossible to find.. just like flats with little ciggys on them. Only in SL.
<3 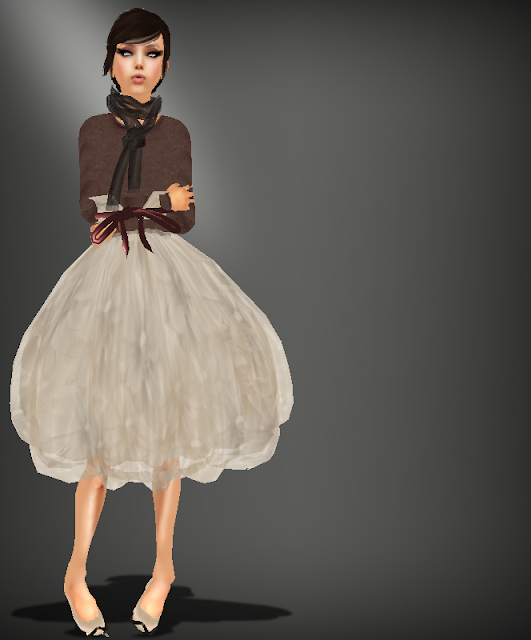 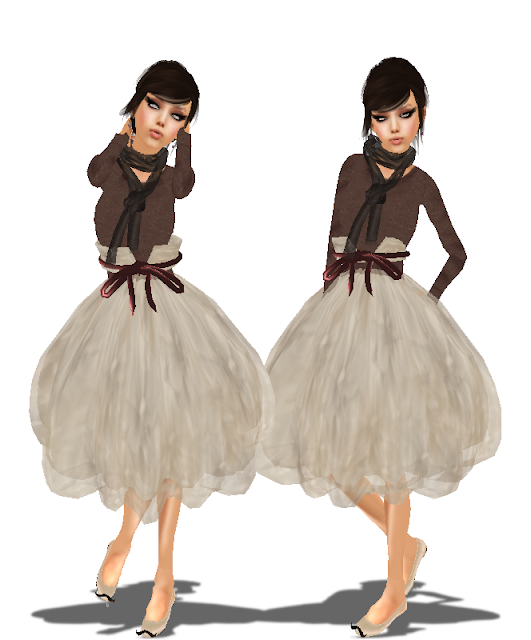